Brian is lifelong Rhode Island resident raised in Coventry, Rhode Island. On August 19, 1991, just weeks before Brian started kindergarten, Hurricane Bob made landfall in Rhode Island as a Category 2 storm. As a result, a large tree fell on his grandparents’ house. The sight of that tree down on the house, with the roots exposed and other storm damage evident in the yard, flipped a switch in Brian’s brain; He instantly became obsessed with weather.

On one particular quahogging trip with his grandfather in Narragansett Bay, Brian first learned the story of the Hurricane of 1938. “All those houses were destroyed,” his grandfather said, pointing in the direction of the Warwick shoreline.

A snow-lover at an early age, Brian eagerly anticipated any possibility of a snow day. He was no stranger to the scrolling bottom line of school delays and cancellations on the morning news and his mother’s go-to snow day source was B101. Jubilant excitement when a snow day was called generally woke up the rest of the house. Growing up in the 1990s, there were a number of high-impact snow events that resulted in hours of unwanted shoveling. Brian often proclaimed “This was the biggest snowstorm I can remember” which was at times factually correct, but his father, and many other older role models in his life, always replied with their version of “This was nothing compared to the Blizzard of ’78.”

Brian graduated Coventry High School in 2004 and went on to attend the University of Rhode Island, Community College of Rhode Island, and Rhode Island College. After bouncing around undecided for way too many semesters, Brian completed his Associates Degree in General Business from CCRI in 2009. His thought process behind pursuing that specific degree was that “pretty much everything is a business” which left the door open for him to pursue employment anywhere business needed to be managed.

The restaurant industry was kind to Brian during high school and through college. Starting at the bottom like so many others, his first job was in the kitchen at his local McDonald’s. It offered the flexibility he needed to continue school and gave him invaluable real-world experience that helped him in future employment opportunities.

After 4 years of McPloyment, Brian had an opportunity he couldn’t pass up with the Dunkin’ Donuts in Apponaug before they put in rotary. It was here where he got to experience firsthand the infamous “December Debacle.” The date was December 13, 2007. The forecast called for snow to begin around 2:00 p.m. Flakes started flying around 10:30 a.m. The roads had yet to be pretreated and everything stuck.

Around lunchtime schools and businesses began letting everyone out early. The influx of cars on the road paired with the hazardous conditions led to one of the worst traffic jams in Rhode Island history. Most notable was the time it took to get school children home with some stranded on school buses for 8 hours with no way to reach their parents.

Brian was working the front counter at Dunkin’ Donuts that day. He was only supposed to work until noon but it became obvious that his relief was not going to make it in anytime soon when traffic hadn’t moved outside the front doors for over an hour. The same green Jeep sat front and center in Brian’s view between other cars quickly becoming covered in snow.

Working on tips, Brian took it upon himself to bring out Boxes of Joe to offer hot coffee to those stuck in the Debacle on Greenwich Ave. The people stuck in the actual drive thru line didn’t appreciate the service given first to those not in line for coffee, but a few extra bucks were made nonetheless. Brian’s thoughtfulness turned out to be a bad move as many of the coffee recipients acquired public restroom needs, which that particular Dunkin’ Donuts was unable to accommodate.

Several hours after traffic came to a screeching halt, cars finally started moving. The next day there were no shortage of conversations that began with “How long did it take you to get home?” T.F. Green Airport only measured 8.2” of snow, but the timing and intensity was enough to overwhelm plow truck drivers and cripple the state.

After his stint at Dunkin’ Donuts, Brian became a waiter at Cracker Barrel in Coventry, RI. It was at this stage in his life when his infatuation with weather was reinforced. The Great Flood of 2010 devastated the state and it hit Kent County especially hard. Firmly believing that everything happens for a reason, Brian had an opportunity to move out from Mom and Dad’s and he took the first place he could find. It was a Quonset Hut off Arnold Road in Coventry and the rent was $150/week with nothing included.

The Quonset Hut was technically shelter and it had electric heat and no window suitable for an air conditioner. One of the “selling features” of the unit was the “cross-breeze” which was advertised to cool off the building by opening the front and back doors. Brian soon learned that when 95° air blows through a 90° bedroom, there’s not much of a cooling effect. On July 22, 2011, the high temp at T.F. Green Airport reached 101°. After a long shift at The Barrel, Brian came home to the worst sleeping weather of his life, with a temperature of 95° inside the house.

A month later, Hurricane Irene was downgraded to a Tropical Storm just before landfall in New York with sustained winds of 65 MPH. Brian slept on the couch that night on the off chance a tree came down on the bedroom. 5 wicked tall trees fell in Brian’s backyard, thankfully none of which hit the house. Unsurprisingly, he, and hundreds of thousands of other Rhode Islanders, awoke to no power. Fortunately his landlord, who lived one street over and directly adjacent to his backyard, did have power. Looking out for his tenant’s best interests, Brian’s landlord connected an extension cord that ran about halfway from his house to the Quonset Hut.

A rookie at living on his own for the first time, Brian did not have an extension cord to bring power into his house. There were no extension cords to be found at Benny’s, Walmart, or any of the other handful of other places that had did still have power. In a moment of pure brilliance, Brian wondered if that set of Christmas lights that came with the house would be suitable to deliver power. It turned out to be good enough to charge a phone and laptop and act as a source of light. Of course they were the blinking kind, but it got the job done. After 6 days in the dark, Brian’s power was finally restored.

While all that was going on, Cracker Barrel happened to be one of the only restaurants in town that had power. Brian made bank that week, working hard to deliver hot eggs and toast to people waiting up to 3 hours for a table. There were few other options available to these folks. Betty, a widow from West Greenwich, became a brief regular of Brian’s as her heavily wooded driveway was 14 telephone poles long. National Grid told her she was literally last on the list to be restored because 11 utility poles needed to be replaced and hers was the only home affected by that particular outage.

Irene was a doozy for Brian and for much of Rhode Island. He thought it would be a long time before another storm like that would threaten the area, but just over a year later, Superstorm Sandy was on its way. Despite making a post-tropical landfall in New Jersey, the immense size of the storm brought huge impacts to the state, especially along the coast. Betty came back to see Brian at Cracker Barrel one more time and stories of storms past were exchanged a final time.

As the years progressed, Brian’s love for weather continued to grow. The winter of 2015 was the last big one for Southern New England, and big snows became bittersweet. Brian had left the restaurant business and had taken a path into the automotive industry. As a kid, Brian remembered riding by the dealerships on Route 2 after a snowstorm thinking, “Man, whoever gets paid to clean the snow off of all those cars is going to make a lot of money with this one!” It was only after his first winter in the car biz that he realized it was the dealership employees themselves that were responsible for snow removal…even on their scheduled day off. The term “All hands on deck” became cringeworthy.

In mid-November of 2018, forecast models began hinting at the possibility for an early season snow event. Without a degree in Meteorology, but with a broad enough knowledge about it, Brian created the Weather In RI Facebook Page. He also bought the URL http://www.WeatherInRI.com. His goal was to provide official information from local and national sources to inform Rhode Islanders about upcoming weather events.

Brian learned early on that posting the “worst case scenario” forecast model graphics was the most effective way to get likes and shares, but his goal was never to become a hype page for the clicks, it was to simply to share what reliable sources were actually forecasting. The fact that the November snowstorm over-performed and got a lot of action on his Facebook Page gave Brian the confidence that there was not just an interest in local weather, but a demand for it.

Not long after starting the Weather In RI Facebook Page, Brian received his first message from a follower. “What are your thoughts for Thanksgiving?” Brian was humbled, and despite being a newly found amateur forecaster, he replied “Cold and dry. Maybe record cold.” It turned out to be the coldest Thanksgiving in over 100 years.

One night shortly thereafter, after more Coors Lights than he could remember, Brian accidentally coined the term “Social Mediarologist” which he still uses to this day. Brian has never claimed to be a Meteorologist, but would consider himself a weather forecaster. It would be disrespectful to the plethora of actual Meteorologists who Brian idolized to call himself one without the proper education, but it is clever enough for his target audience to realize that he is more of a weather enthusiast whose mission is to keep people informed and involved in local weather.

The Weather In RI Facebook Page has grown to over 18,000 followers, and the Weather In RI Facebook Group boasts over 15,000 members. Brian has posted his own 7-Day forecast each day for over 1,000 days in a row. He has no desire to end that streak. He volunteers his time to run the Page and maintains a full time job outside of the weather field. Some of the people Brian looks up to include Tony Petrarca of Channel 12, Jeff Desnoyers of Channel 6, Anthony Macari of Channel 10, Jim Cantore of The Weather Channel, everyone involved with the National Weather Service, and anyone who shares a passion for chasing a storm.

Brian’s hobbies include photography, chasing sunsets, playing the guitar, seeing how long he can go without turning the heat on in the house in the fall, and making snow accumulation maps. Brian is a daily contributor to CoCoRAHS, has earned a SKYWARN Spotter ID, and has dinner with Grandma on Wednesdays. 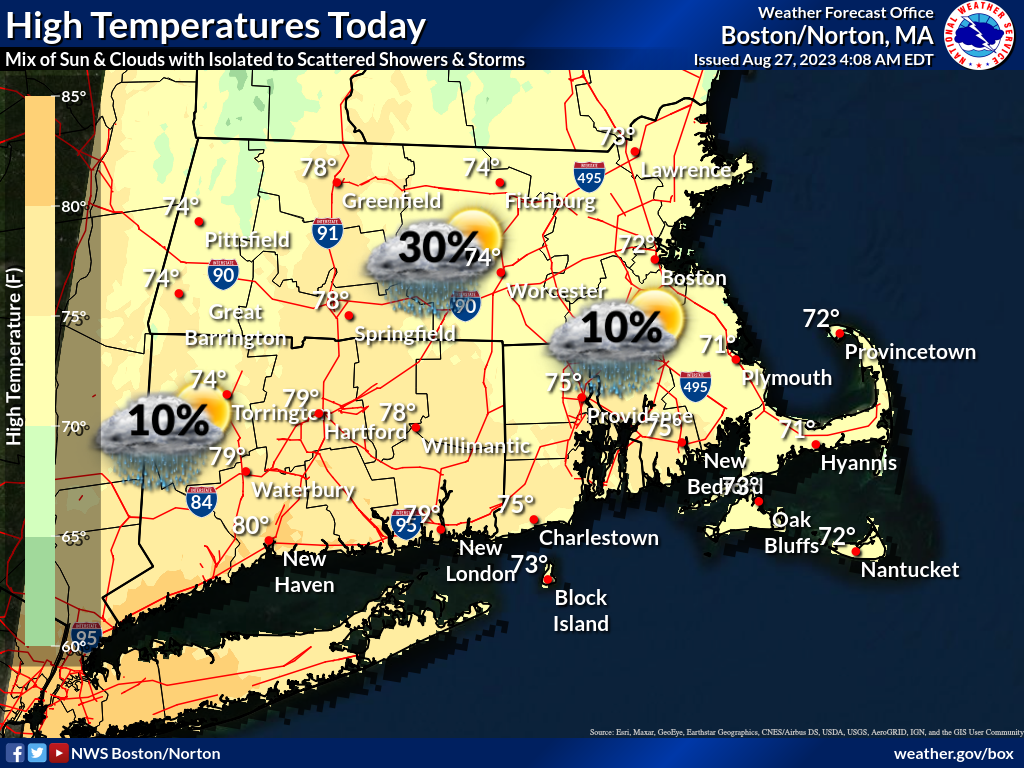 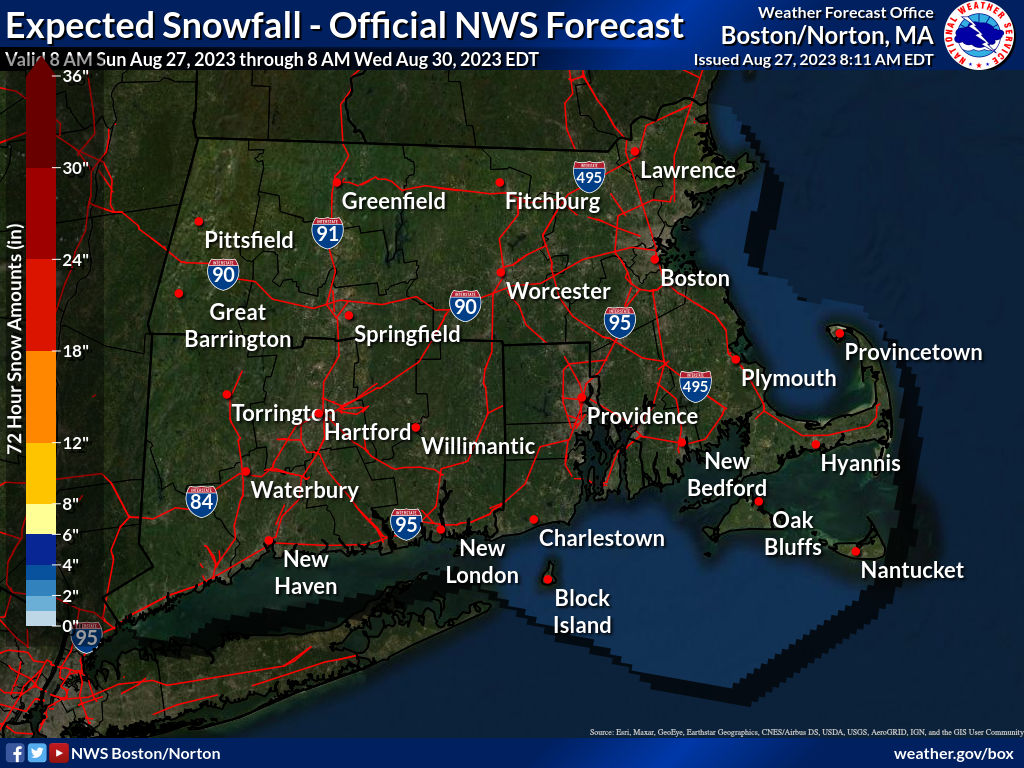 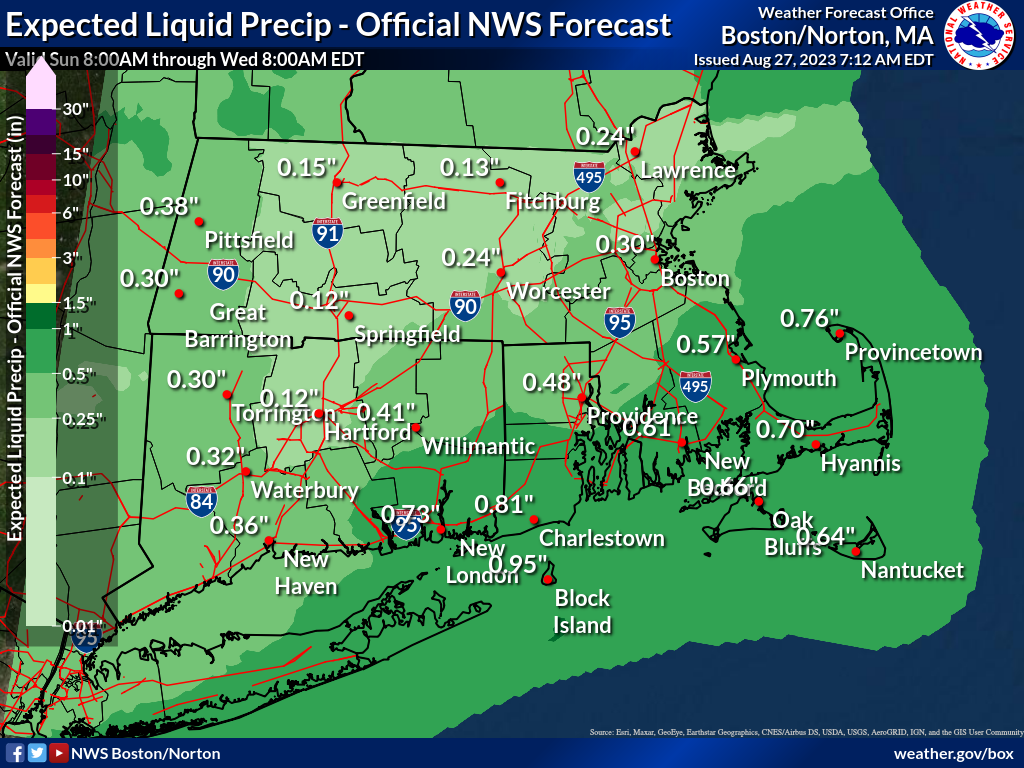 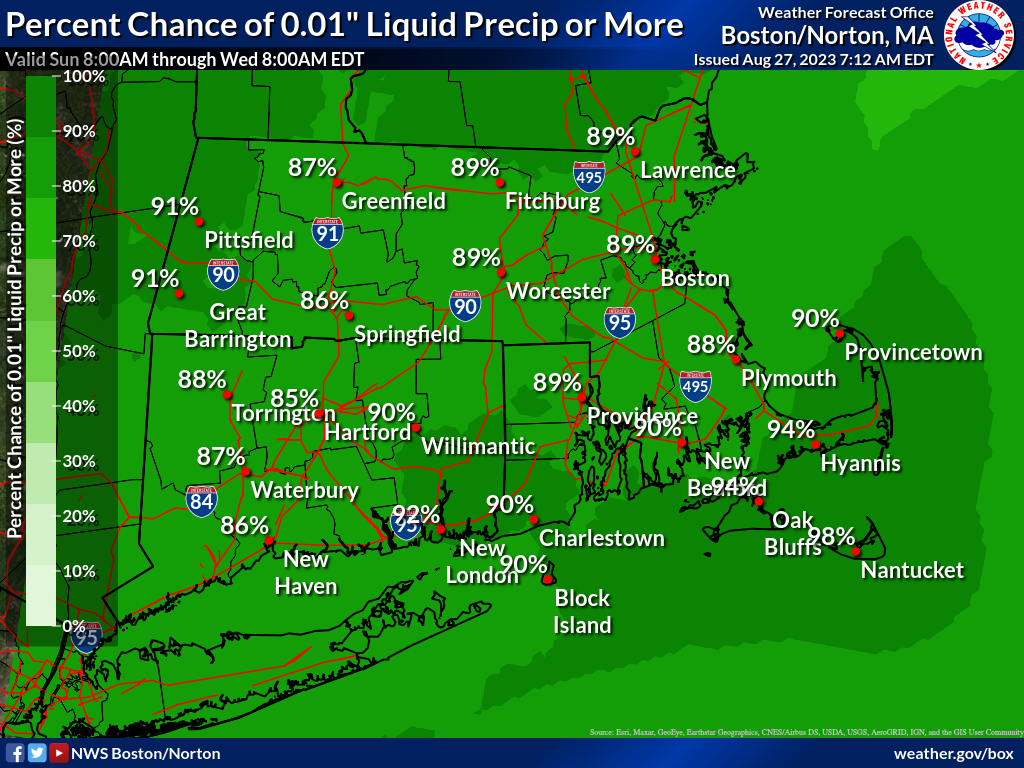 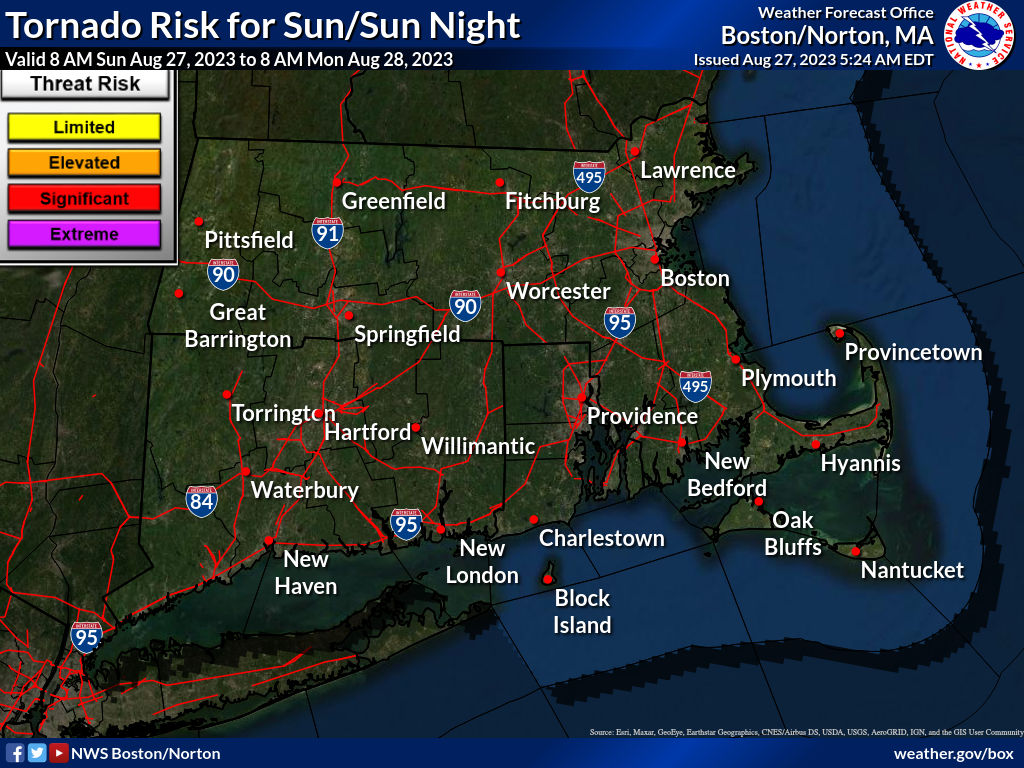 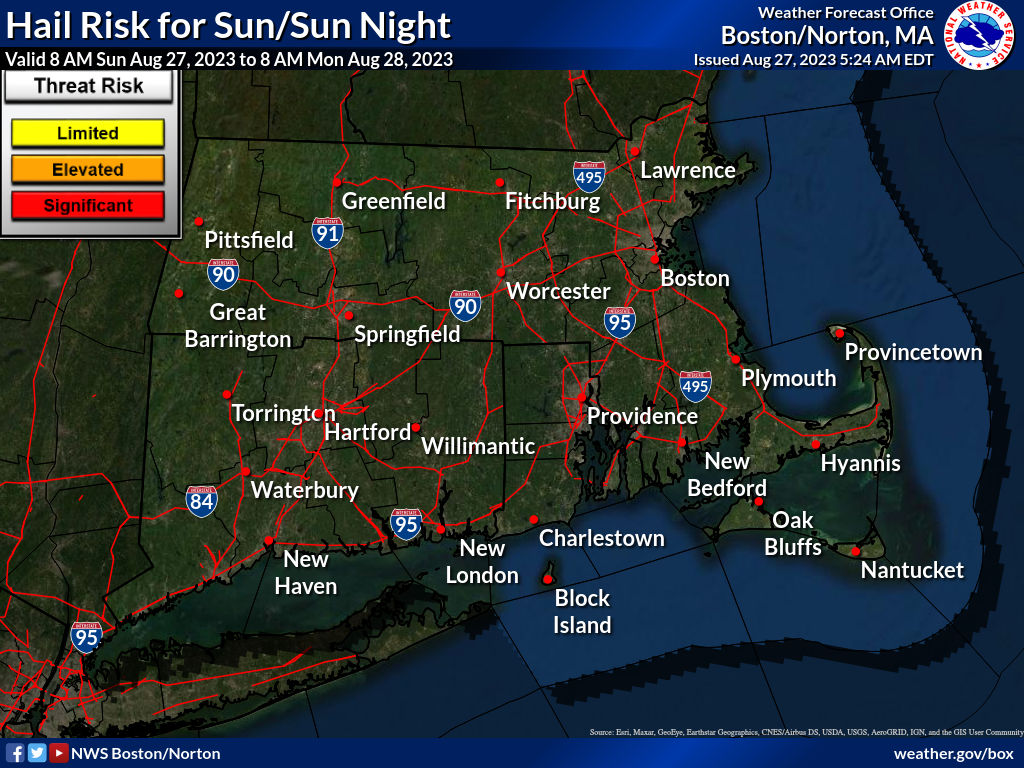 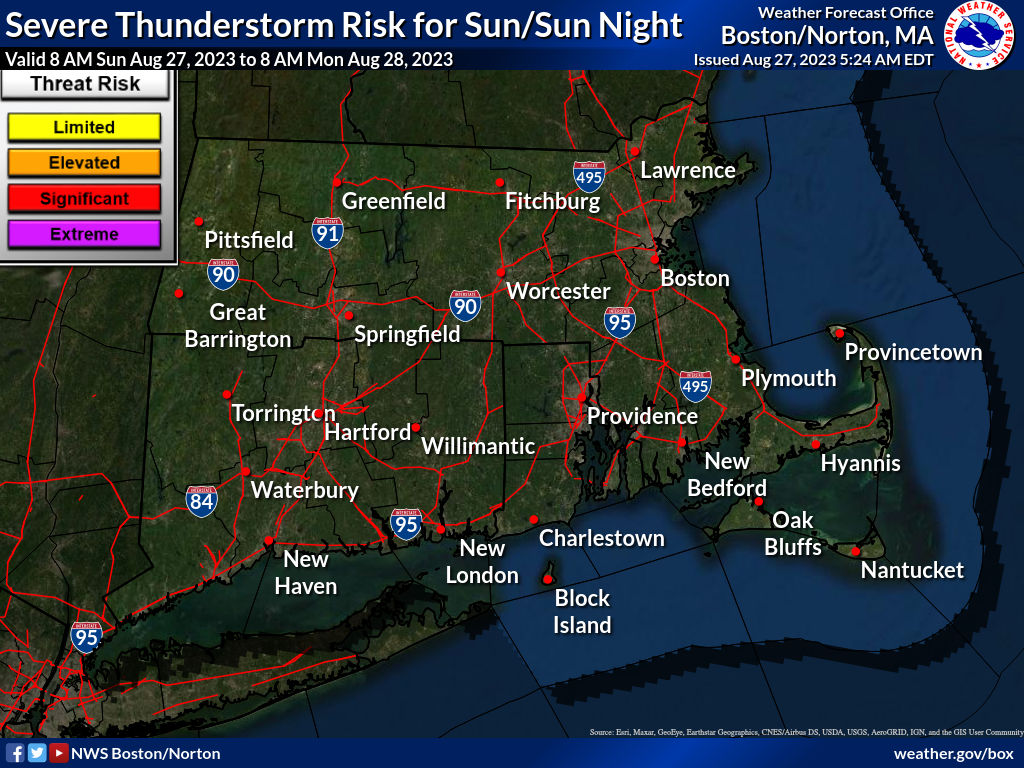 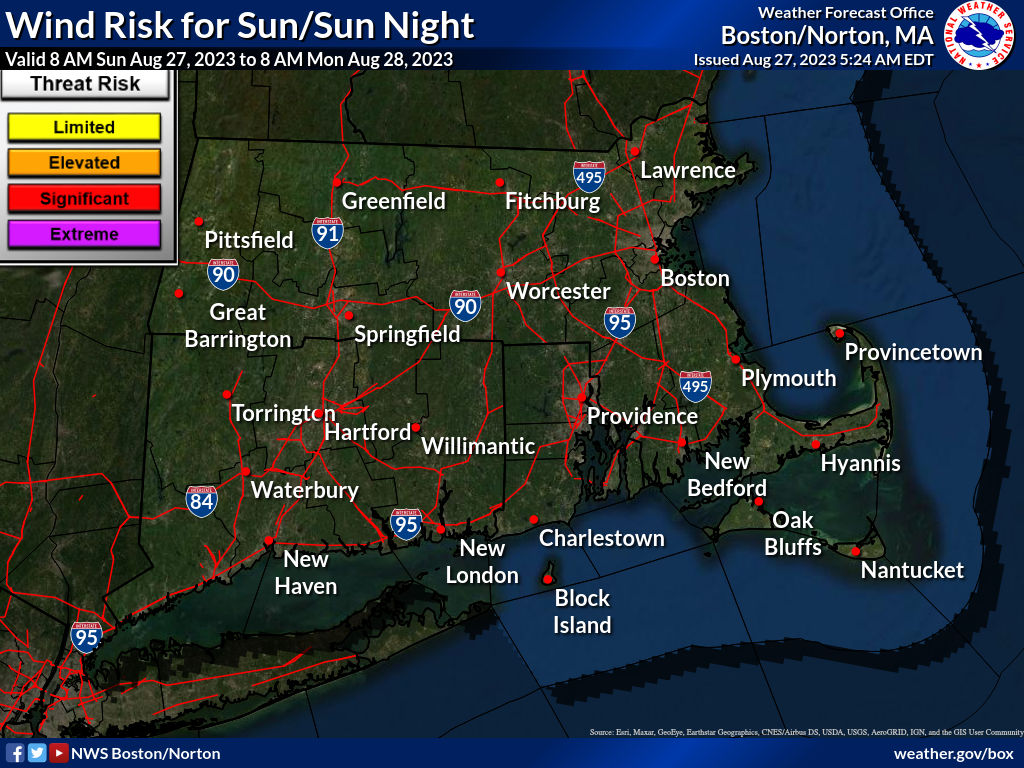 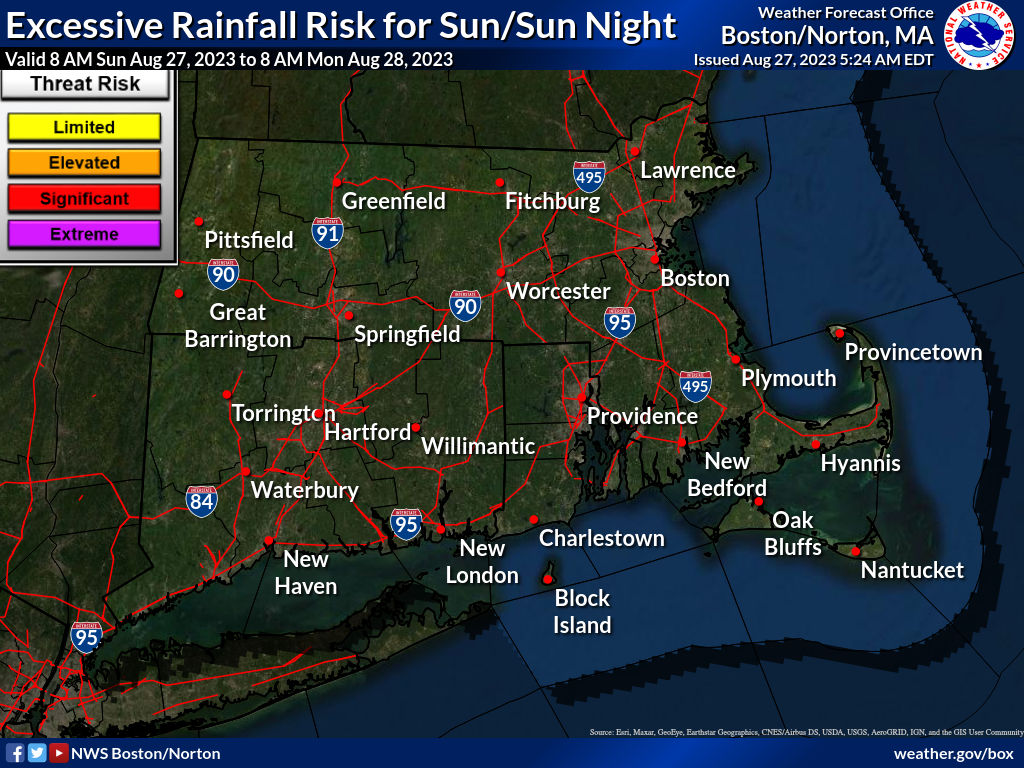 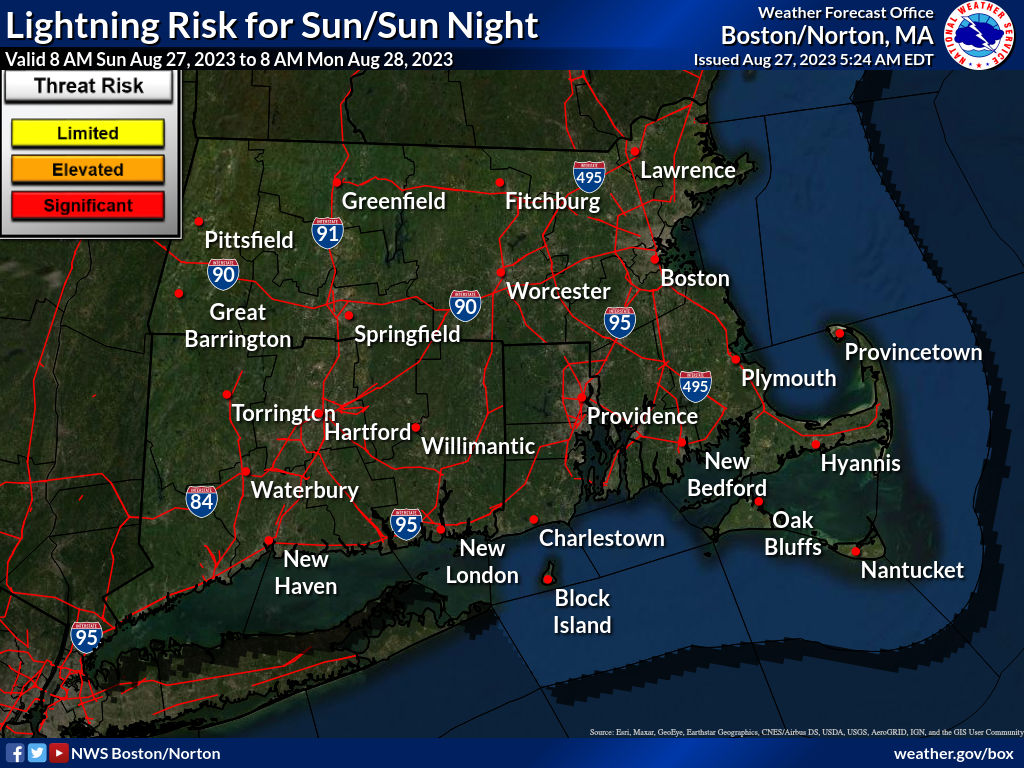 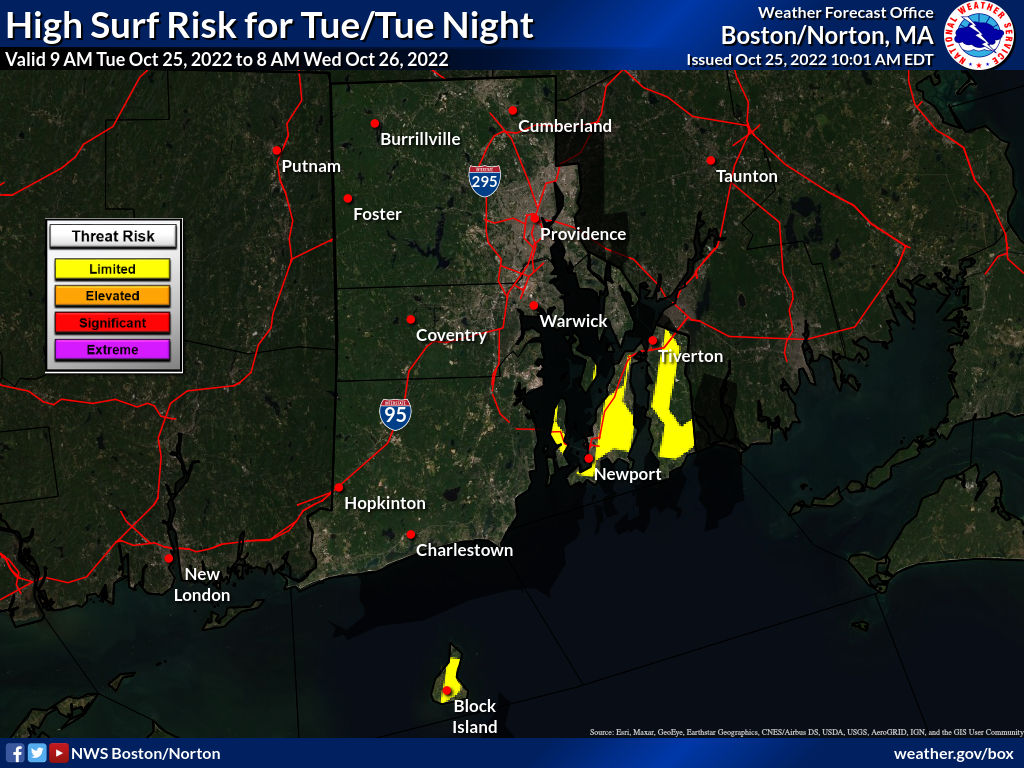 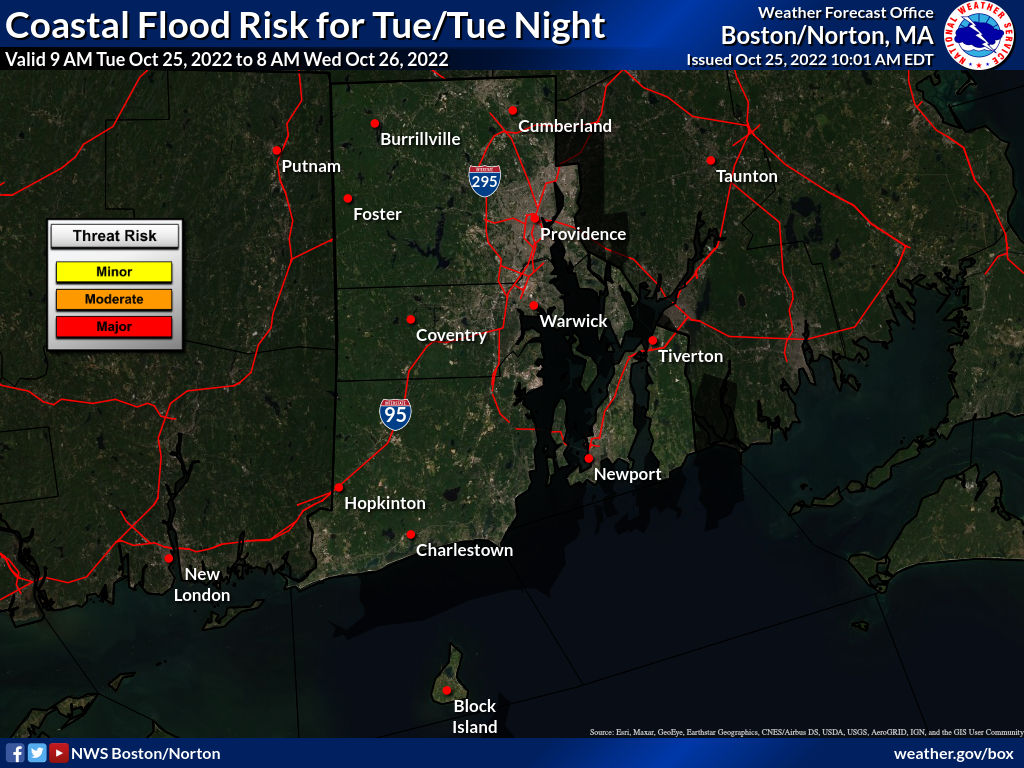 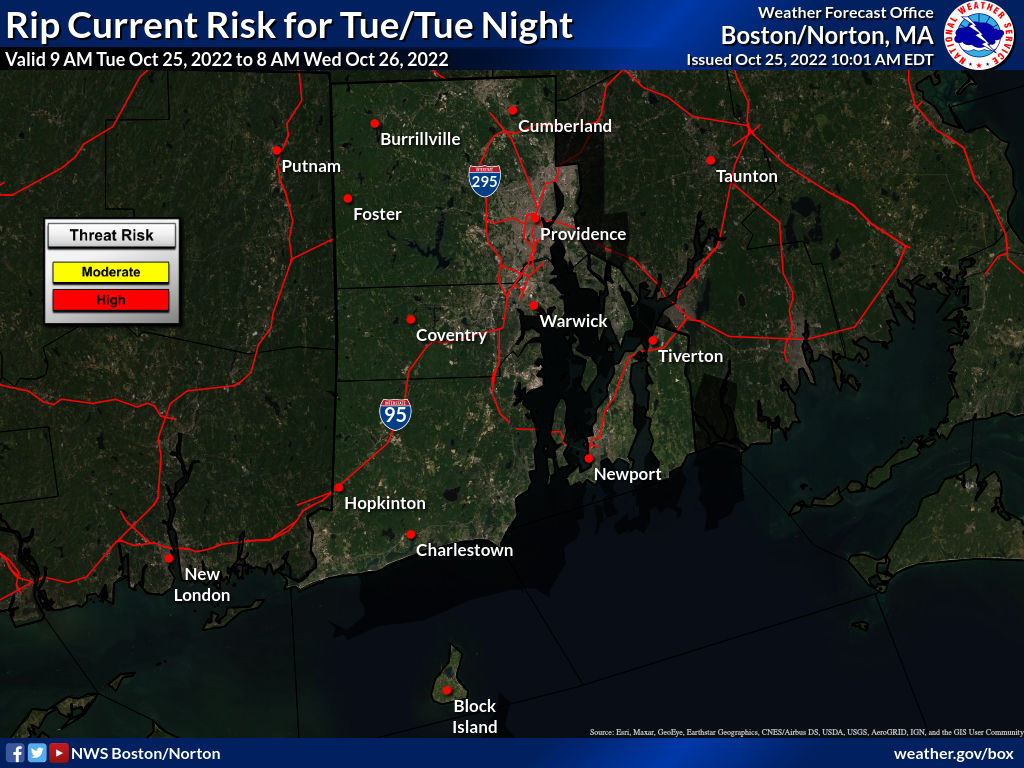 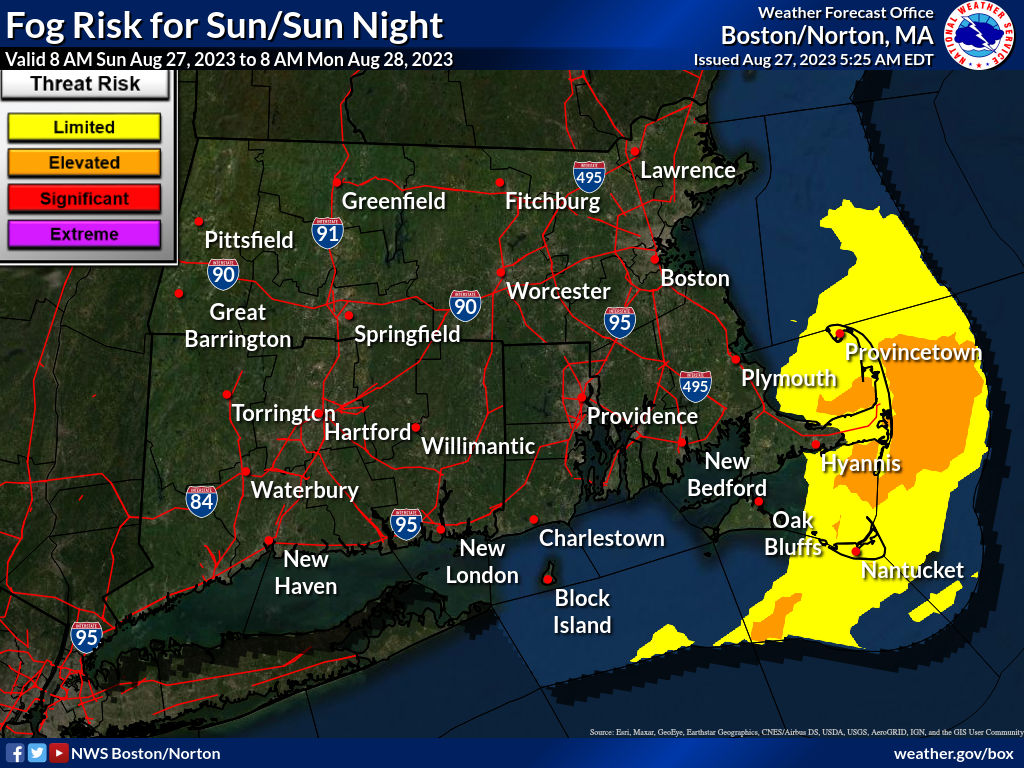 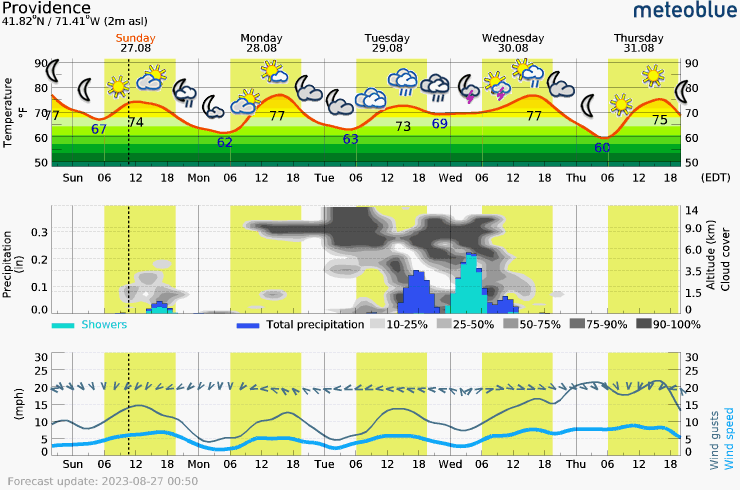 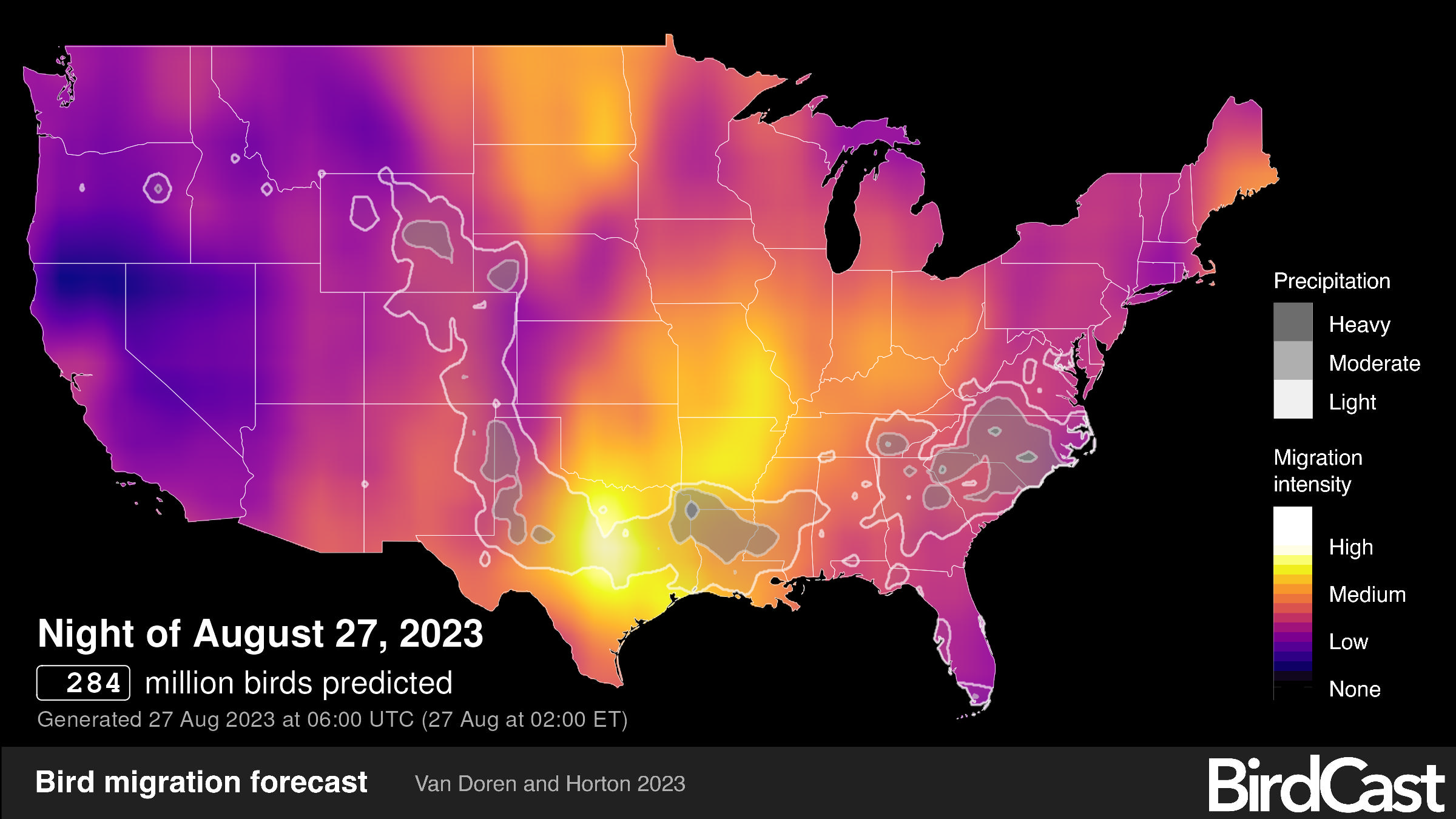 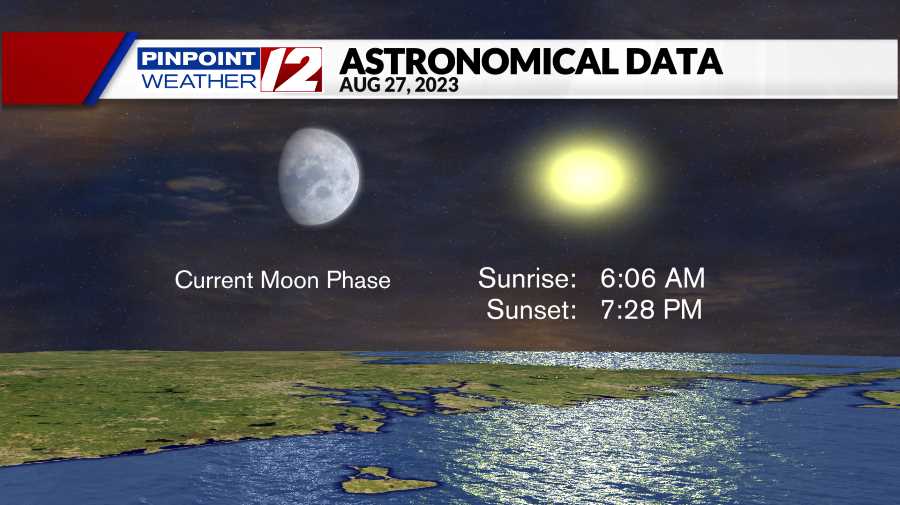 WHERE ARE THE MOON AND SUN? 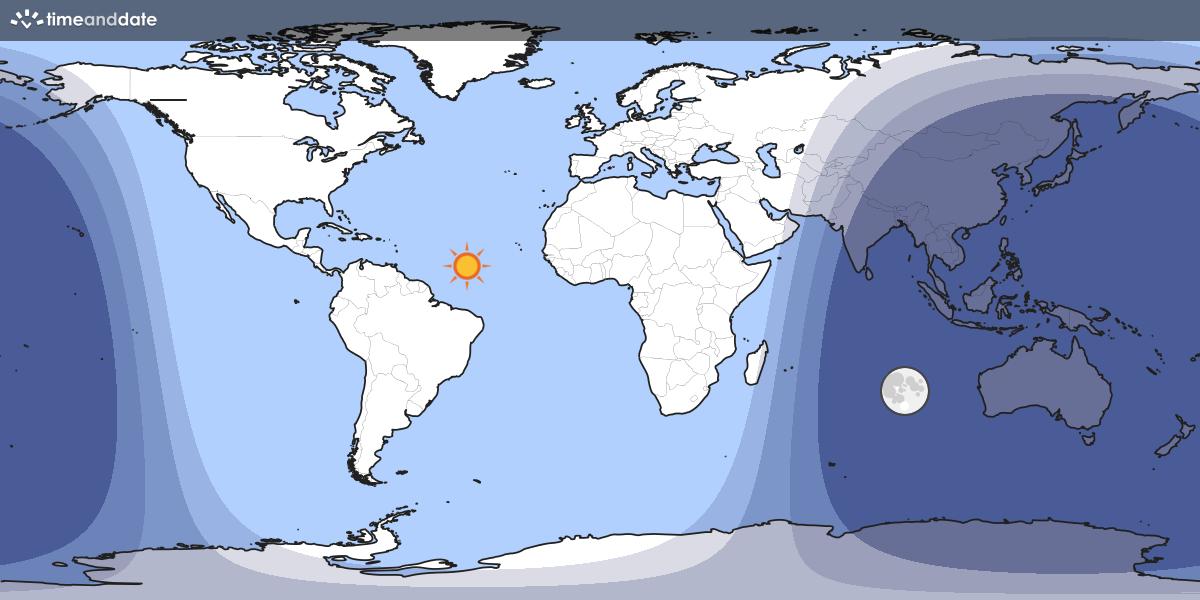 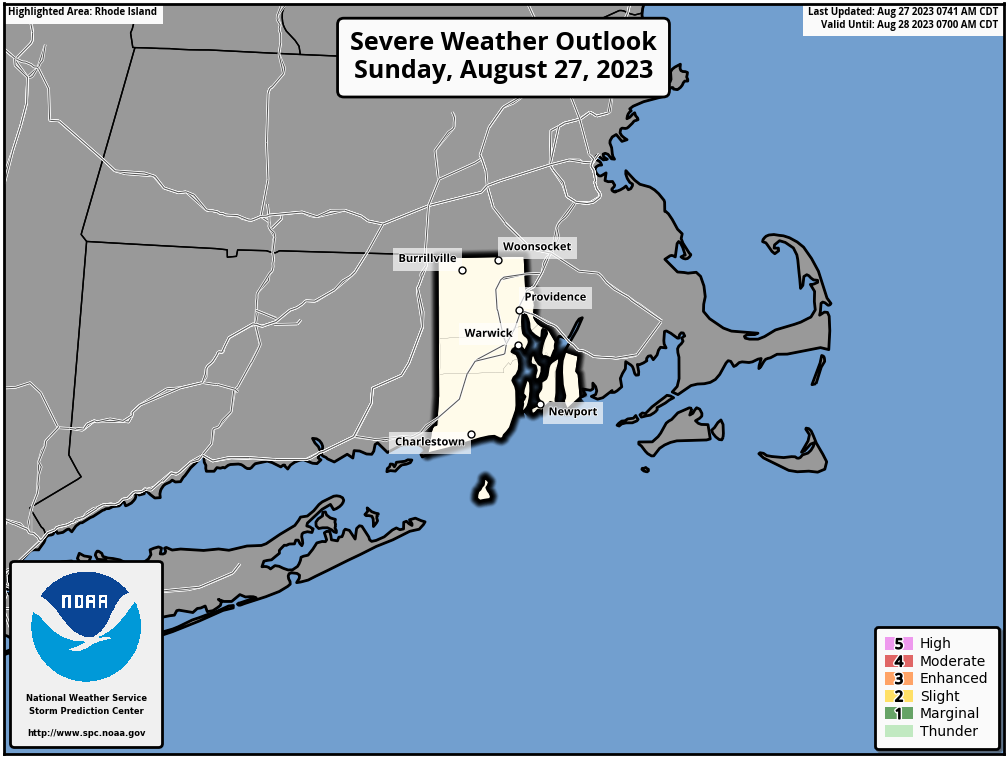 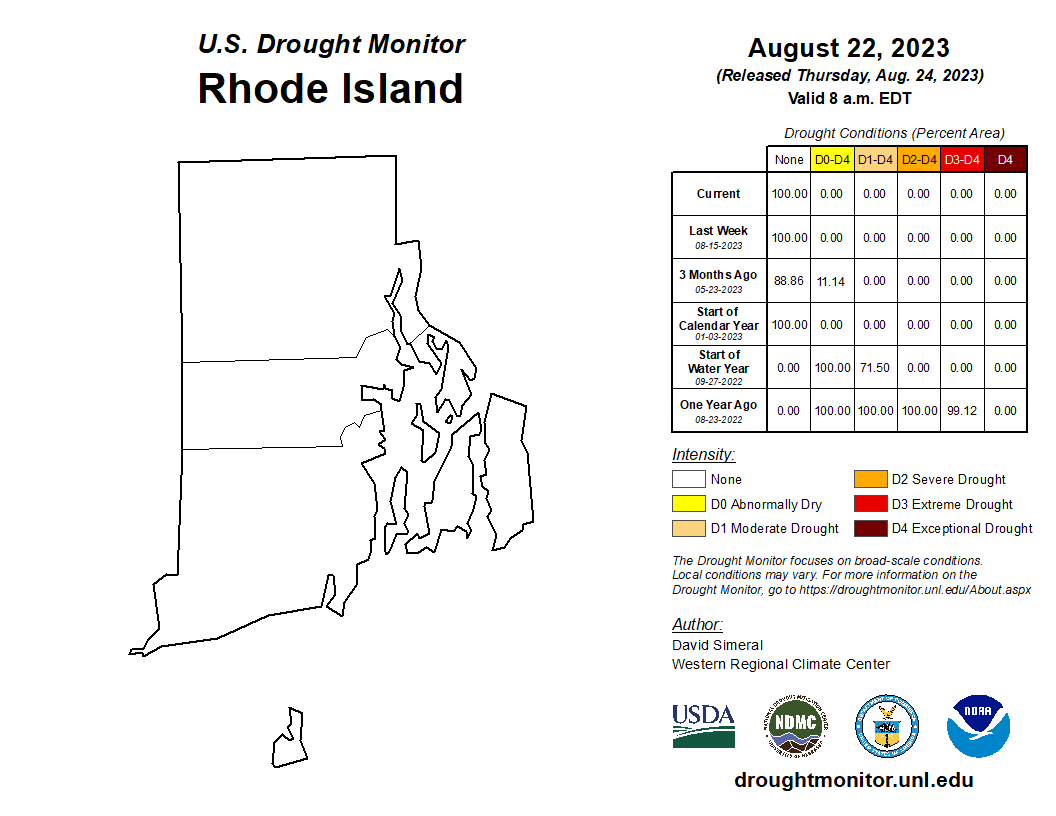 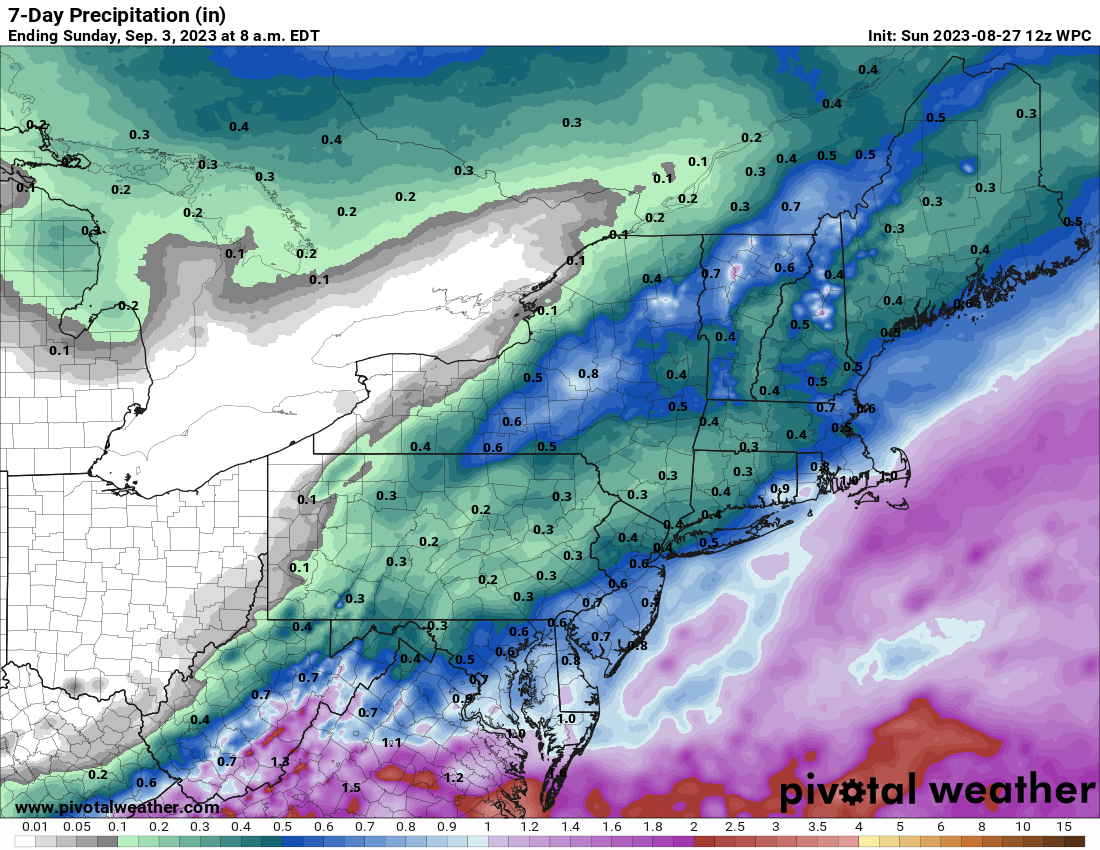 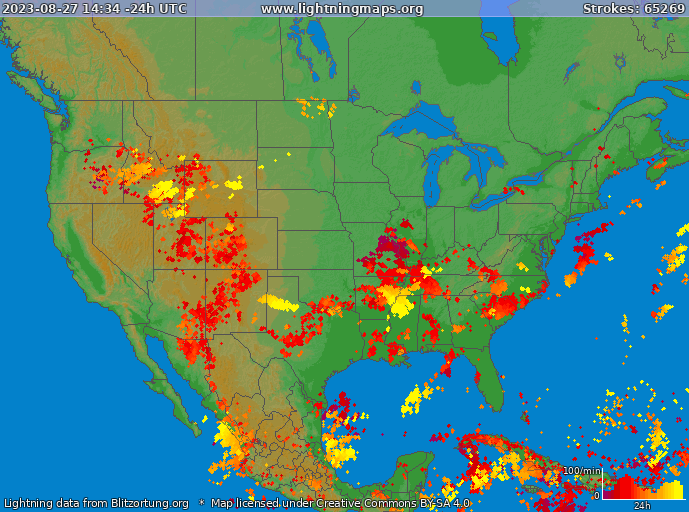